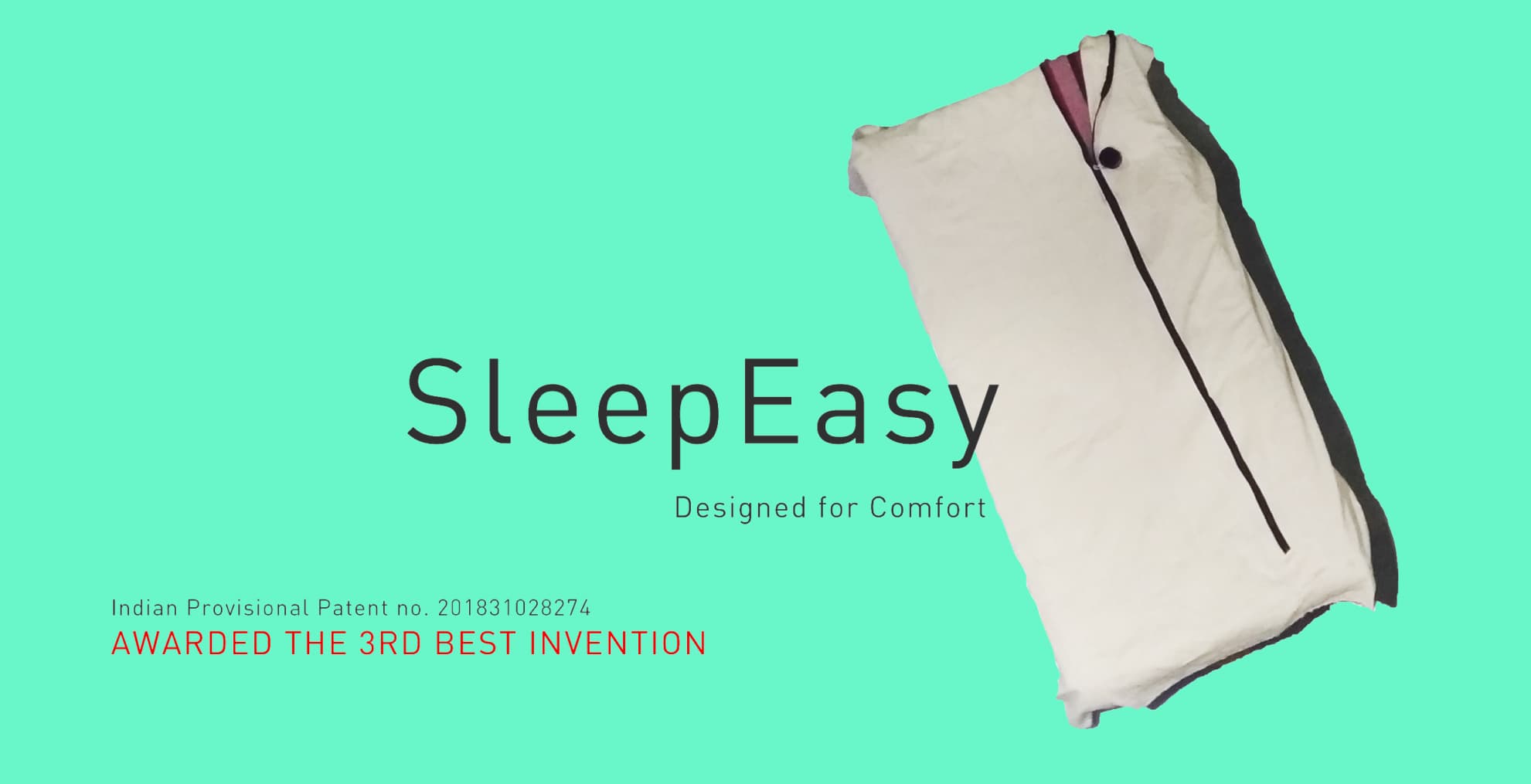 As a part of Invent@IITGN 2018, a 6 weeks rigorous summer program to research, conceptualize and prototype a product that meets a significant need.
‍
I worked in a team with my amazing team-mate Agrata and we were awarded the 3rd Best Invention and have filed for a provisional patent in India and US.

‘SleepEasy’ is the secure, protective and comfortable blanket system designed to prevent Parkinson’s patients suffering from REM Sleep Behaviour Disorder from injuring themselves or their loved ones while asleep.

More than 10 million people worldwide are suffering from Parkinson’s disease. Upto 60% of them suffer from REM Sleep Behaviour Disorder.

People do not remember having been violent

Medications have a high chance of failure on long term usage

Strangulations and fractures have been reported in severe cases

Awakening during REM sleep results in negative mood and self-appraisal
Various restraints have been developed in the past, which secure the patient’s arms and/or other portions of the patient’s body, to prevent the patient from thrashing violently.
‍
But none which is comfortable for the patient while at the same time, effective in restraining violent movements while allowing natural movements. 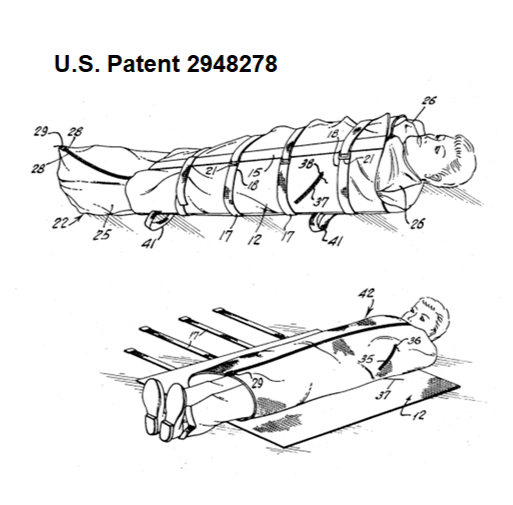 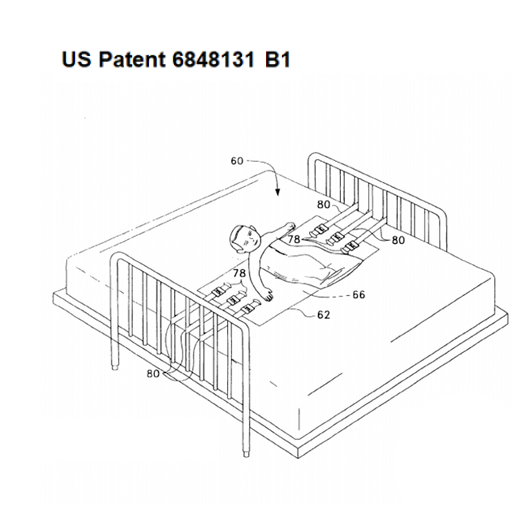 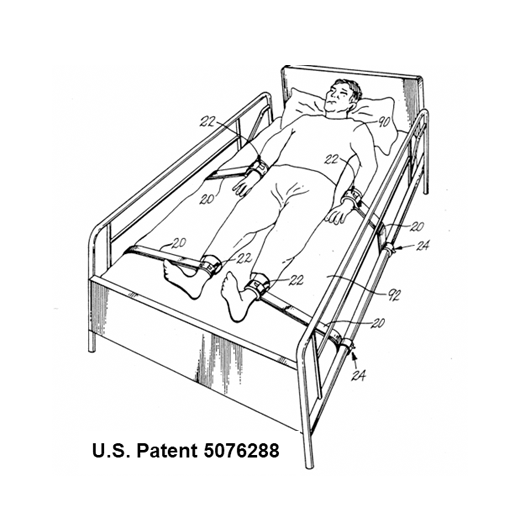 One of the many directions we came up with
In fact, no alternatives are presently available which take into factor a Parkinson’s patients intermittent tremors, joint stiffness, inability to control drool while asleep and limitation of movement in getting in and out of the restraints without the help of any caregiver.

Imagine not having the freedom to toss and turn while sleeping freely and also having to constantly worry about hurting the ones you share a bed with.

This was an unfortunate reality for 6 million Parkinson patients.

Design for Safety and Comfort

While designing our solution, one thing we aimed to improve was - the experience of sleeping.

Pretty early on, we decided that, our product should not hinder natural movements and only restrain violent movements. 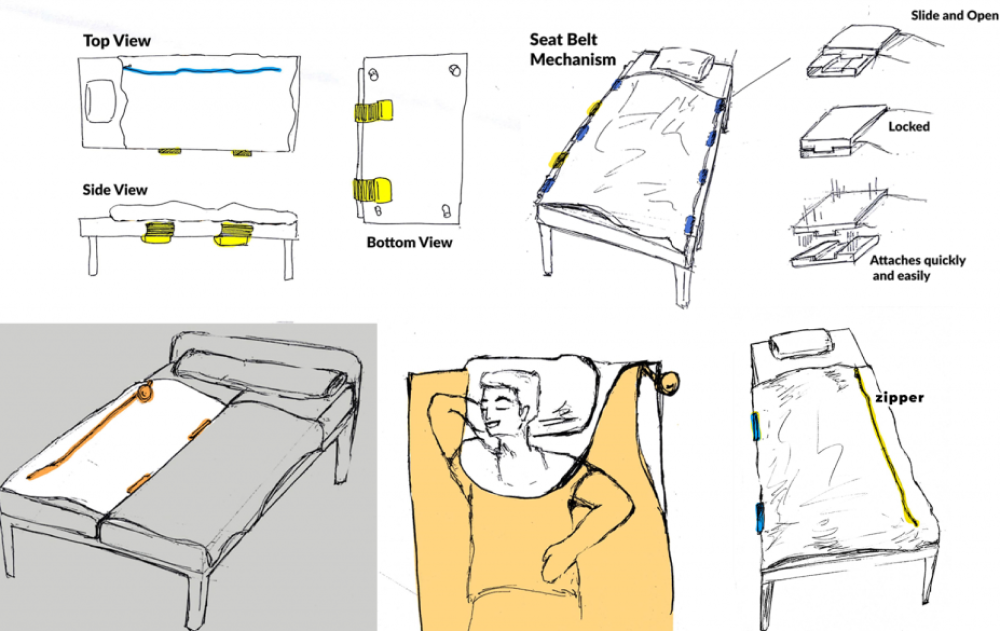 We drew inspiration from the seatbelt, which only locks on impacts and sudden impulses but allows for movement otherwise. 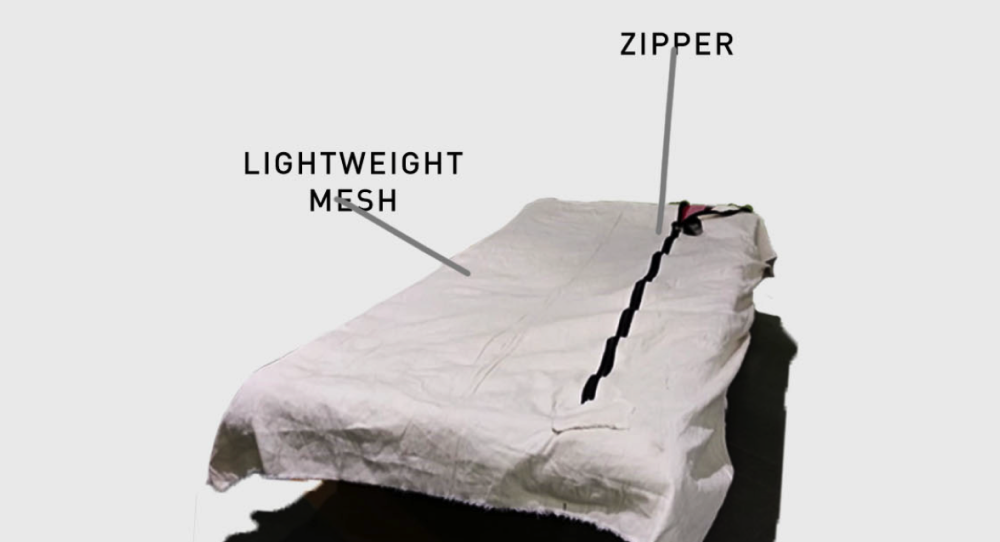 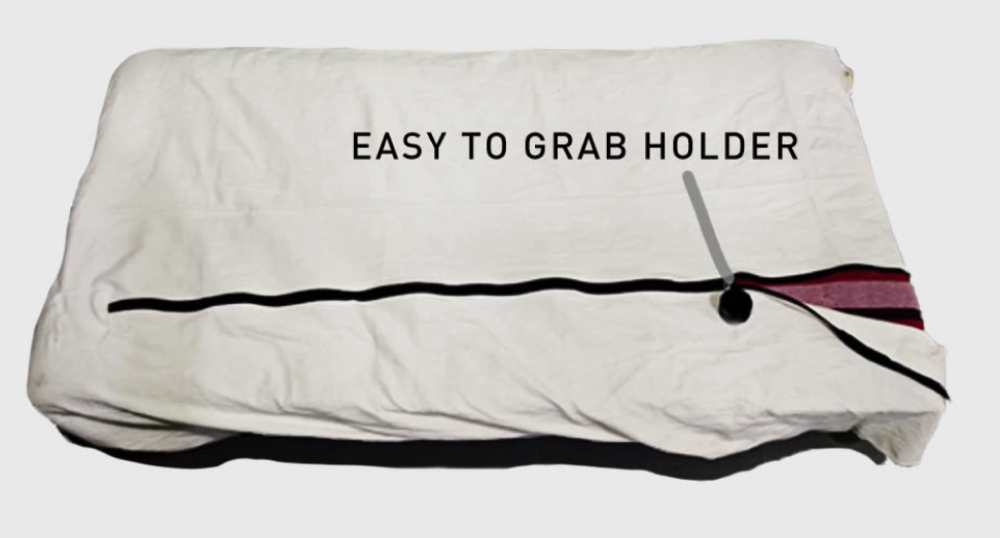 The system can be fitted upon and bed as long as there is a sideboard. Installation takes less than 5 mins and only requires a simple screwdriver/wrench.

The whole process of identifying a problem from a broad idea to a final working prototype and patenting the invention was an amazing learning experience. Being someone driven by solving real problems and seeing the impact it can have on the world, designing SleepEasy was an incredibly gratifying process.
‍
Although SleepEasy was designed specifically for Parkinson’s patients, the same patented idea behind the invention can be used for people suffering from PTSD, Epilepsy etc as well.

This was also the project which helped me realise, that regardless of the discipline I am applying my skills in - a human cantered approach is central to how I tackle problems.
Say hi to find out some of the fun stories from this project!
click to compose email
click to copy email id